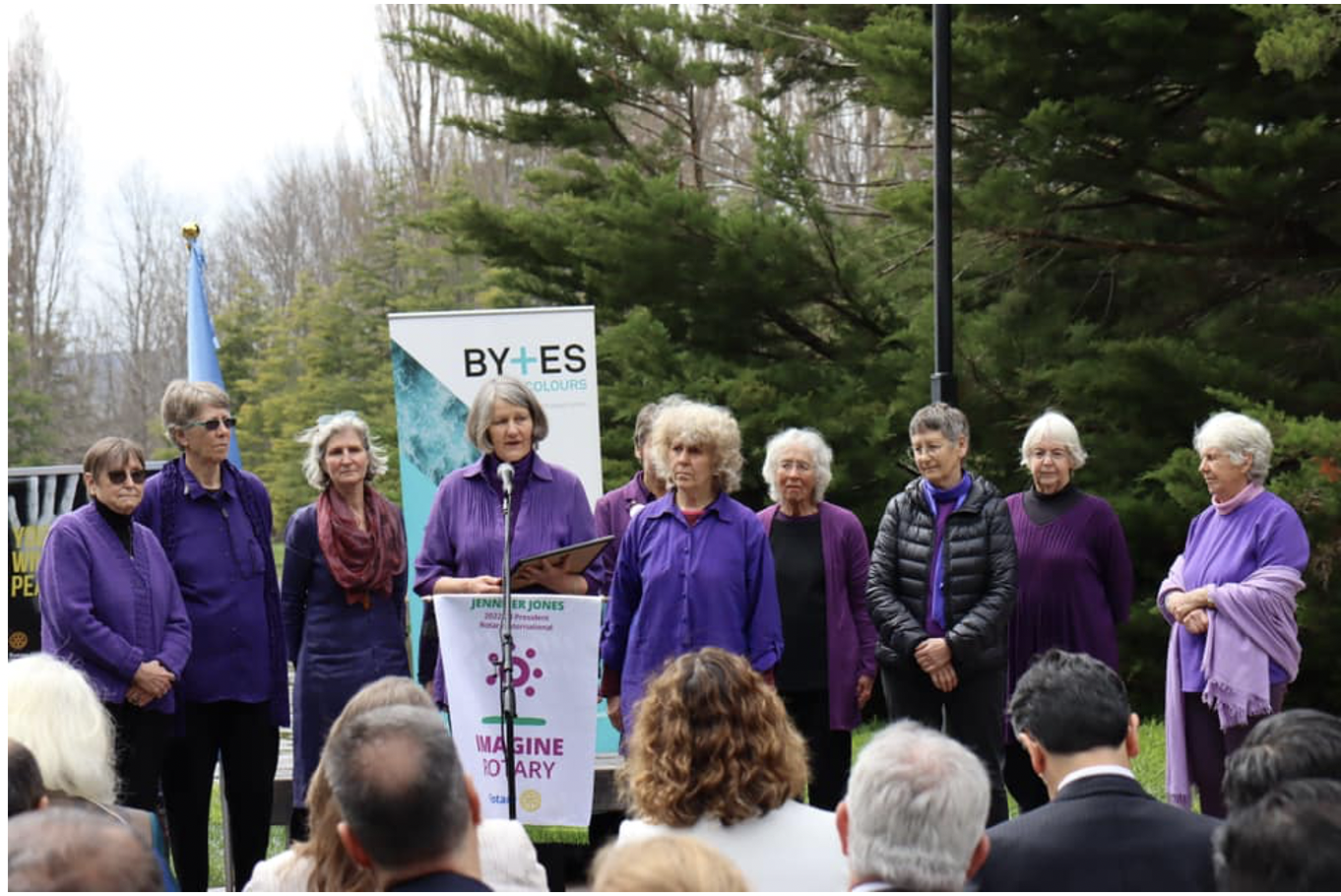 On Wednesday 21 September an International Day of Peace Ceremony was held at the Canberra Rotary Peace Bell in Nara Peace Park, Lennox Gardens, Canberra. There were approximately 150 people in attendance, these included various UN representatives, the Japanese Ambassador, members of other embassies, Rotarians and other distinguished guests. The MC was Ms Genevieve Jacobs AO.

The ceremony included a message from the Secretary General of the UN read by Rotary Director Damian Cardona Oneses, a comment by Japanese Ambassador His Excellency Mr Shingo Yamagami, a speech by Rotary District 9705 Governor, Geraldine Rurenga, and Alicia Payne MP represented the Prime Minister. A Chorus of Women opened the ceremony with Heiwa, Heiwa, Peace, they accompanied Mr Fred Smith singing Mr Circle and then closed with A Recipe for Peace. 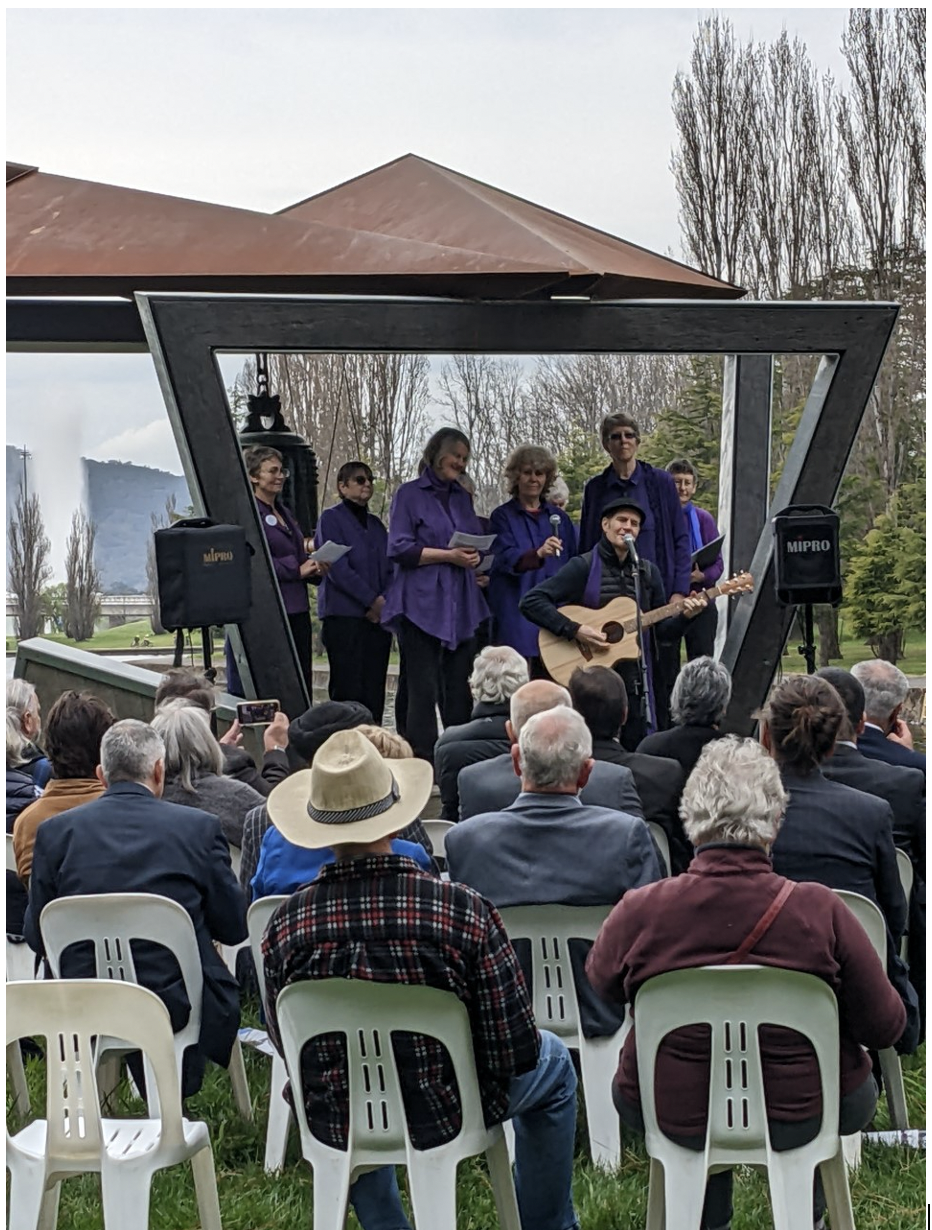 At each point of the ceremony the Canberra Rotary Peace Bell was rung by the guest speakers, and at the end of the ceremony everyone was invited to ring the Bell for Peace. A very moving way to remember the many parts of the world where there is currently conflict.

The ceremony also included the annual presentation of the Chief Minister’s Rotary Peace Prize for 2022, and it was a great delight to hear that A Chorus of Women are the recipients of this years award. The Ambassador for Iraq, His excellency Mr Basim Hattab Altumma, was at the event and joined the members of the Chorus to ring the Peace Bell.

A Chorus of Women began when some 150 women filled the foyer of the Australian Parliament with a song of Lament on 18 March 2003, the day Australia's intention to invade Iraq was announced. Their first song, by Glenda Cloughley and Judith Clingan AM, was witnessed on national media by millions of Australians.

Open the doors of the chambers of your hearts
Open your minds to our song
We sing for peace through the power of love
Hear the wisdom of women, hear our song

Weep for our sisters in danger
Weep for our brothers and children
Sound the cries of grief and despair
Sound the lament for the dead.

The Australian Centre for Christianity and Culture congratulates A Chorus of Women on this wonderful recognition for the work they are do for peace, justice, and climate change. We are delighted to be able to support their advocacy. https://www.chorusofwomen.org/about.htm 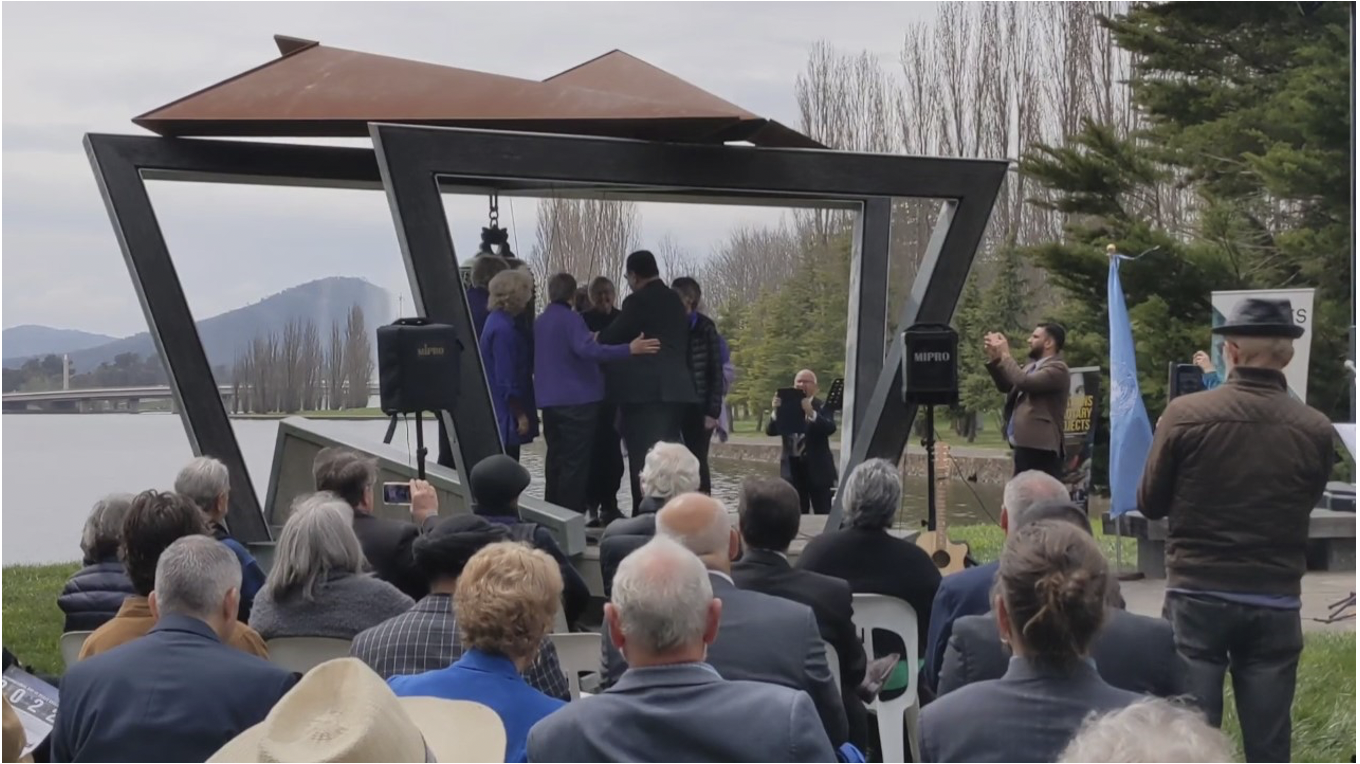