Reverend Dr Vicky Balabanski (Adelaide, Australia) is senior lecturer in New Testament at Flinders University Department of Theology and Co-Director of Biblical Studies at the Uniting College for Leadership and Theology.  She is a team member and editor of the international Earth Bible Project, and she has written for various feminist collections. She is a member of the Board of the Centre for Ecumenical Studies in Australia. 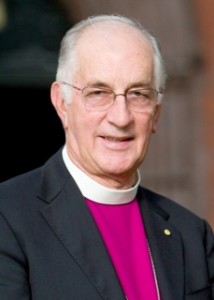 The Rt Rev Dr Peter Carnley AC was the Archbishop of Perth from 1981 to 2005 and Primate of the Anglican Church of Australia from 2000 until July 2005. Peter Carnley was the warden of St John's College at the University of Queensland, as well as lecturer in theology at the University of Queensland before becoming a bishop.  He served as the Anglican co-chair of ARCIC II seeking greater unity between the Roman Catholic Church and the Anglican Communion. Peter Carnley is notably the author of The Structure of Resurrection Belief (Clarendon Press, 1987). In it he outlines several different ways Christians frame their belief in the resurrection of Christ and the way the resurrection frames their faith. He ordained the first women priests in Australia. 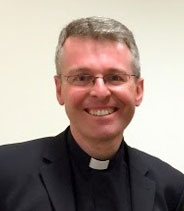 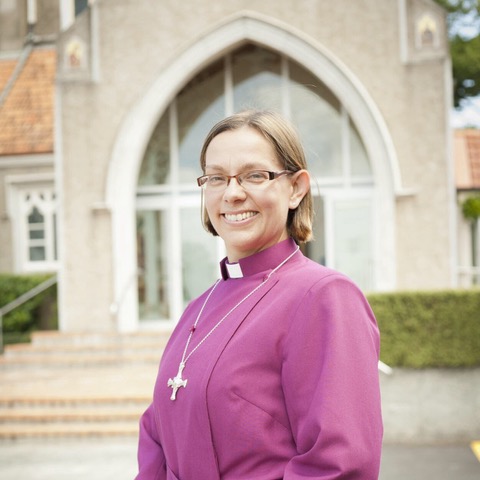 The Right Reverend Dr Helen-Ann Hartley is the Bishop of Waikato in New Zealand.  She was ordained deacon and priest in the Diocese of Oxford, England in 2005 and 2006, and served her curacy in a rural team of 15 parishes, followed by a period in the urban parish of Littlemore, at the church built by Cardinal John Henry Newman.  From 2008 until 2012, she was Lecturer in New Testament, and Director of Biblical Studies at Ripon College Cuddesdon, near Oxford, one of the Church of England's theological colleges.  During this time she also served as a member of the Anglican Communion group for theological education, along with Bishop Stephen Pickard.  In 2012, Bishop Helen-Ann was appointed as Dean for the New Zealand Dioceses at the College of St John the Evangelist, Auckland New Zealand.  She has a commitment to education in its broadest sense, from schools through to adult learning.  Her background is ecumenical, being born into a Church of Scotland family, educated in a Church of England Primary School, and a Roman Catholic Convent secondary school.  She is the author of Making Sense of the Bible (SPCK, 2011).

Most Revd Sir David Moxon (Anglican Centre, Rome) is currently the Archbishop of Canterbury's representative to the Holy See and Director of the Anglican Centre in Rome. Before taking up the post, he was one of three primates in the Anglican church of Aotearoa, New Zealand and Polynesia.

Professor Paul Murray (Durham, UK) is a professor of Systematic Theology in the Department of Theology and Religion, and the Director of the Centre for Catholic Studies. He teaches and researches in ecclesiology, ecclesial practice, and the dynamics of ecclesial development. He has a particular interest in areas such as the interface between science and theology, political theology, the doctrine of God, and contemporary Catholic theology. He is the initiator of Receptive Ecumenism, which is closely related to his ecclesiological interests. Since 2011 he has been a member of the Anglican – Roman Catholic International Commission, and he is a Consultor to the Pontifical Council for Justice and Peace.

Dr Antonia Pizzey (ACU, Brisbane, Australia) teaches at the Australian Catholic University. Her research interests include Vatican II, ecclesiology, virtues such as hope and humility, and contemporary approaches to ecumenism, such as Receptive Ecumenism and Spiritual Ecumenism. 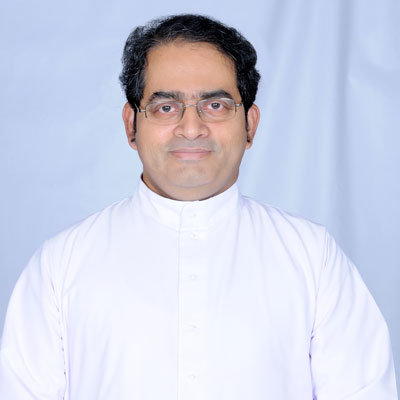 Dr Paul Pulikkan (Kerala, India) is the Chair for Christian Studies, at the University of Calicut and teaches at the Pontifical Seminary, Alwaye and Marymatha Major Seminary, Trichur. He is the Chief Editor, Eastern Journal of Dialogue and Culture and a research Guide at the Faculty of Social Sciences Mahatma Gandhi University, Kottayam and member of the International Board of Revue d'histoire ecclésiastique Louvain Journal of Church History. He was Project fellow, The Lived History of Vatican II, research project of the Cushwa Center, University of Notre Dame, Indiana, US. He is Coordinator of the project "Archives of the Fathers of the Ecumenical Second Vatican Council" (Syro Malabar Bishops), organized by Pontifical Committee for Historical Sciences, Rome. He was also a member in the International research project under the patronage of the International Federation of Catholic Universities on Vatican II. "Vatican II: historical event and stakes involved for today". 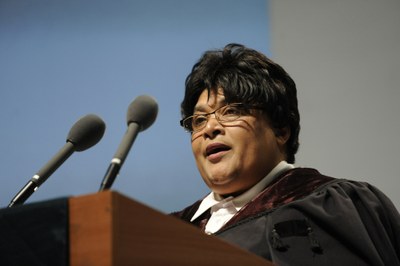 Rev Dr Mary-Anne plaatjies Van Huffel (Stellenbosch, South Africa) is a minister at the Uniting Reformed Church in Southern Africa congregation Robertson-East and actuarius of the Regional Synod Cape. She obtained her doctorate in theology from the University of South Africa on the topic Women in the Theological Anthropology in the Afrikaans Reformed Churches (2003).

She currently teaches Church History and Church Law and is a co-minister at the URC church in Scottsdene, Kraaifontein. In November 1992, she was the first woman to be ordained as a minister in the Dutch Reformed Church family. She acted as actuarius (church law expert) of the Cape Regional Synod and as vice-moderator of the General Synod of the URCSA.

Professor Michael Welker (Heidelberg, Germany) is a Protestant theologian and professor for dogmatics (systematic theology). He has lectured widely in the US, throughout Europe, Korea, China and South Africa.

He has published widely about the Spirit of God, creation and the dialogue with science, the role of the church in pluralistic societies, the resurrection and Protestant views about the Lord's Supper.

Since 2006 he has been building a Global Network of Research Centres for Theology, Religious and Christian Studies.