Professor Anthony Maher at a Symposium on Reflections on Gandhi

ACC&C Executive Director Professor Anthony Maher spoke at the symposium Reflections on Gandhi at Parliament House on 12 October. The symposium was in honour of the 153rd anniversary of the birth of Mahatma Gandhi (1869-1948) and was organised by the Indian High Commission and the ACT Mahatma Gandhi Society. His Excellency Mr Manpreet Vohra, Indian High Commissioner to Australia and the Hon. Katy Gallagher Minister of Finance also spoke at the symposium. A booklet containing the papers will be made available in the near future. 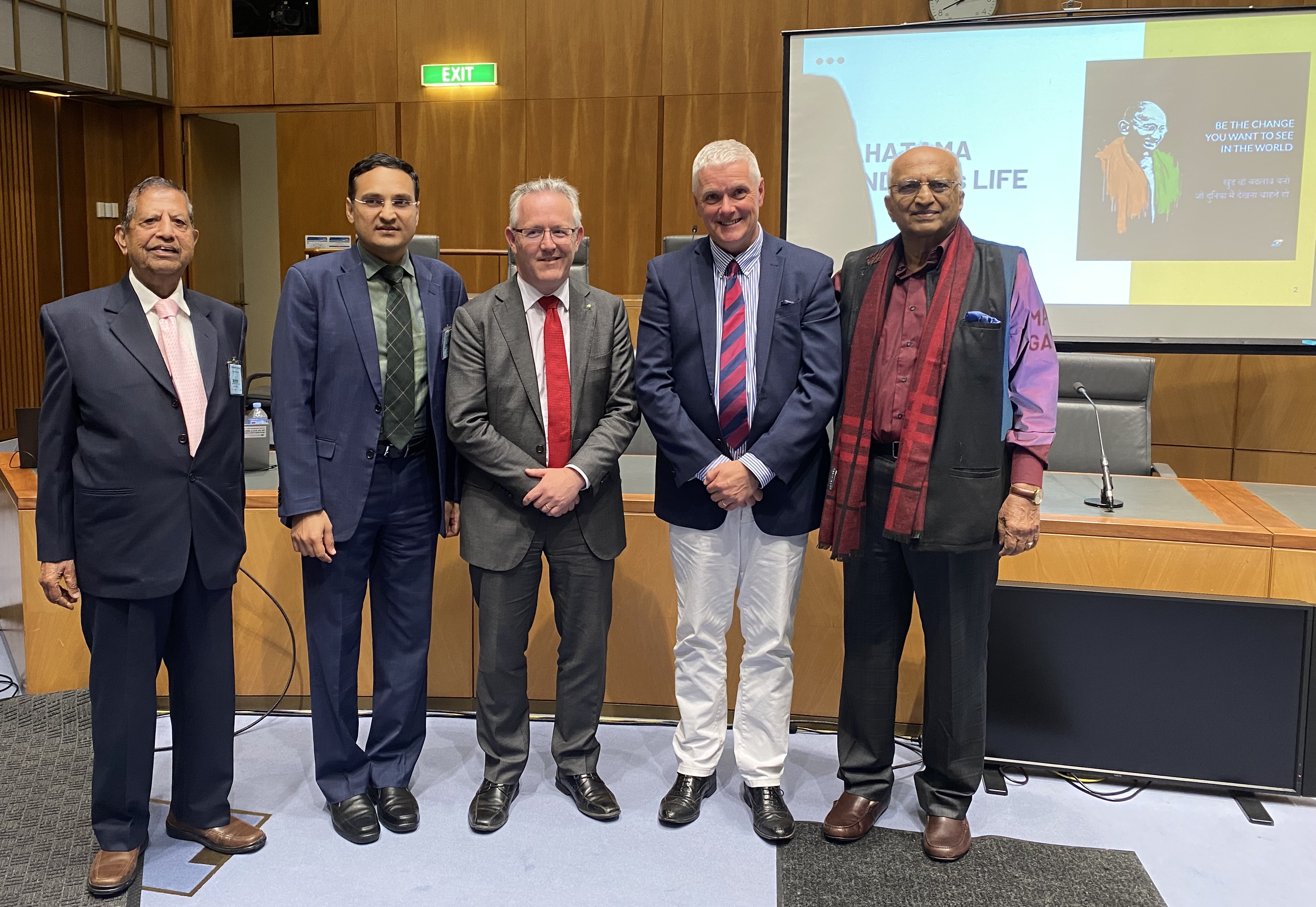