The Australian Centre for Christianity and Culture is governed by a Board of Directors (under delegation from the Council of Charles Sturt University) consisting of representatives of the Christian churches.

The ACC&C also has Centre Ambassadors, including its Patron, the Governor-General of Australia.

Professor Anthony M Maher is the Executive Director of the Australian Centre for Christianity & Culture, the Director of the Centre for Religion, Ethics and Society (CRES). He is also a Fellow of the Higher Education Academy in the United Kingdom and a past President of the Association of Practical Theology in Oceania (APTO).

He was the Consultant Theologian to Catholic Education Catholic Diocese of Parramatta, the Academic Dean and Professor of Theology at the Australian Institute for Theological Education, and the Coordinator of Pastoral-Practical Theology at the Catholic Institute of Sydney (Sydney College of Divinity). Prior to his move to Australia, Anthony was a Senior Lecturer in Social, Economic and Political Ethics, and the Philosophy of Religion, at Newman University, Birmingham.

Anthony’s research interests encompass ecclesiology, practical theology and the characteristics of Mission within post-secular culture, together with Ignatian spirituality, pedagogy and formation. Recent publications include: Theology and the People of God (St Paul’s Publications 2022), The Forgotten Jesuit of Catholic Modernism: George Tyrrell's Prophetic Theology (Fortress Press 2018), Faith and the Political in the Post-Secular Age, (Coventry Press 2018). Bridging the Divide Between Faith Theology and Life (ATF Press 2015) and Educating Hearts: Seven Characteristics of a Good School (St Paul’s Publications 2013). Current research comprises work on an Australian methodology for Theology, and two books on synodal ecclesiology, one being an Australian case study, considering the Australian Plenary Council, the second, explores a post-foundational ecclesiology as a foundation for a synodal Church.  Anthony is married to Lesley, who is a Director of Mission and formation, they have been married for thirty years, and have four children. 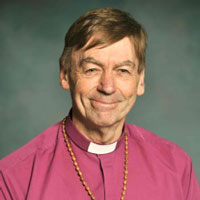 Director of Centre for Ecumenical Studies

Bishop Philip Huggins, current President of the National Council of Churches in Australia (NCCA), was appointed Director of the Centre for Ecumenical Studies (CES) in 2019.

Bishop Huggins coordinates key activities of the CES including an annual roundtable event, an ecumenical course held on average every two years and annual event to mark the Week of Prayer for Christian Unity.

Bishop Huggins is supported by a CES Advisory Board which is chaired by Professor Ross Chambers.

Bishop Huggins recently resigned from his position as an assistant bishop in the Anglican Diocese of Melbourne. He brings a wealth of experience and networks to the role. He has held senior positions in a range of diocesan, national and international bodies including social responsibilities, refugee taskforce, Brotherhood of St Laurence, Jewish, Christian Muslim association and Centre for Dialogue La Trobe University. 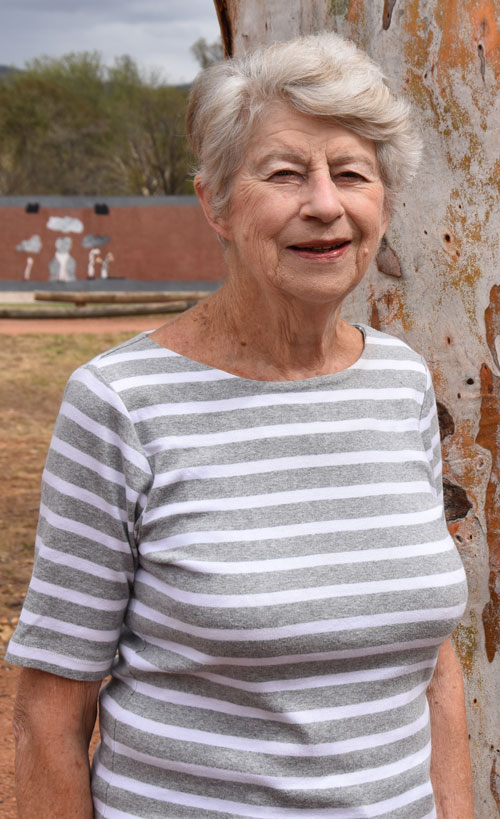 Director of the Colloquium for Ageing Perspectives and Spirituality

Elizabeth is both a registered nurse and a priest in the Anglican Church of Australia. She was the inaugural Director of the Centre for Ageing and Pastoral Studies at St Mark's National Theological Centre, Canberra 2001 to 2012. Professor MacKinlay researches issues of ageing and spirituality, including well-ageing, frailty and dementia. The book: Finding meaning in the experience of dementia. (MacKinlay and Trevitt) was awarded the 2013 Australasian Journal of Ageing book prize. A companion book 2015 is titled: Facilitating spiritual reminiscence for people with dementia: A learning guide. A second edition of Elizabeth’s book: The Spiritual Dimension of Ageing was published in 2017. 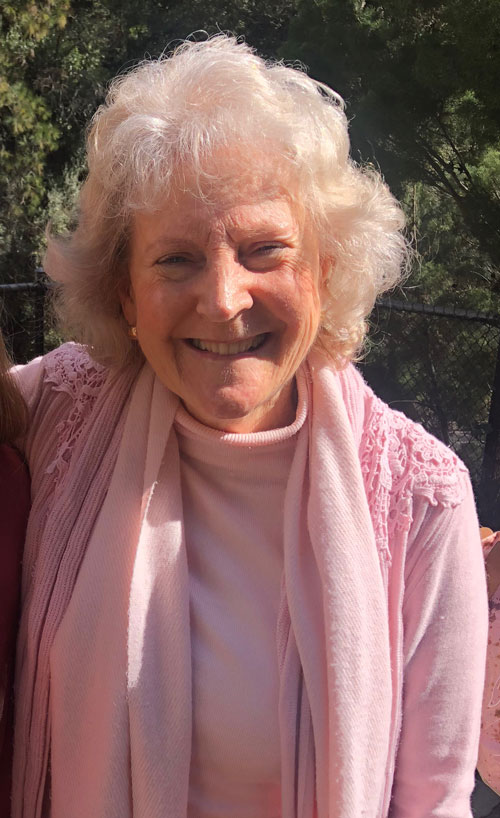 Associate Director of the Colloquium for Ageing Perspectives and Spirituality

Ann comes to Charles Sturt with a background in nursing practice and nursing research. She has been employed in the tertiary sector for 36 years and continues to hold Academic Status with Flinders University in South Australia. She has supervised 20 Honours, Masters and PhD students to successful completion and is currently primary supervisor for 4 PhD students. She has obtained research grants that include funding from ARC, Health Workforce Australia, Department of Health (previously DSS) and industry partners. Her contributions to teaching include expertise in palliative care, spirituality, nursing care of the older person, qualitative research and research design. She has a major in curriculum planning and has undertaken curriculum development for post and undergraduate nursing students. Her publications include refereed reports, book chapters, book reviews and numerous conference presentations at national and international levels. She is a Fellow of Australian College of Nursing and foundation member of Australian Hartford Consortium of Gerontology Nursing Excellence. 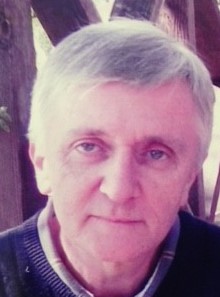 Prior to leaving the public service at the beginning of 2012, he was the Assistant Secretary in charge of DFAT’s Arms Control and Counter-Proliferation Branch. Peter subsequently helped write the report prepared by the ANU’s Centre for Nuclear Non-Proliferation and Disarmament, and published in 2013, on Nuclear Weapons: The State of Play.

He has an MTh from Charles Sturt University and has just completed a doctoral thesis on Dietrich Bonhoeffer’s concept of “religionless Christianity” and its place in his broader theology. 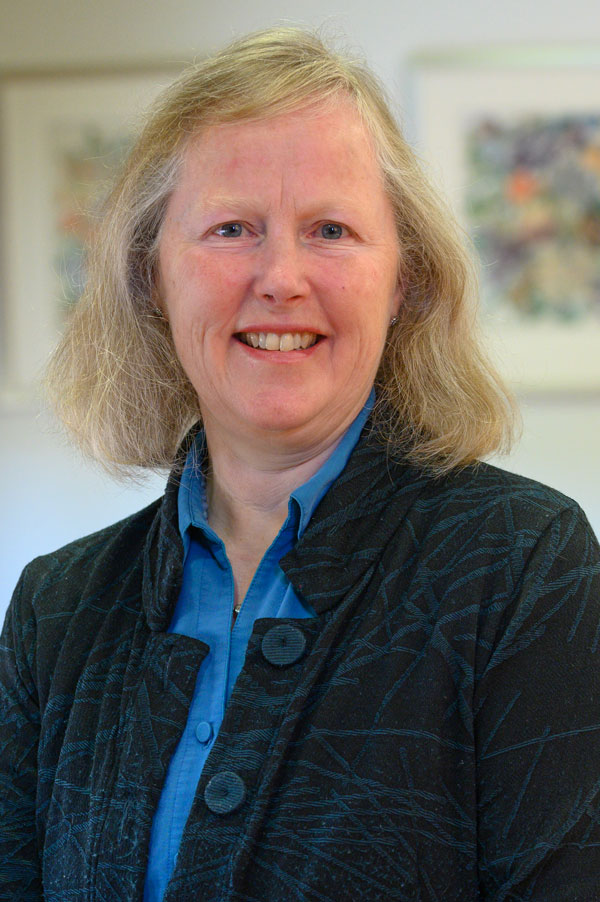 Hazel has responsibility for the day to day management of the centre, its events and functions and also provides assistance to the Executive Director. 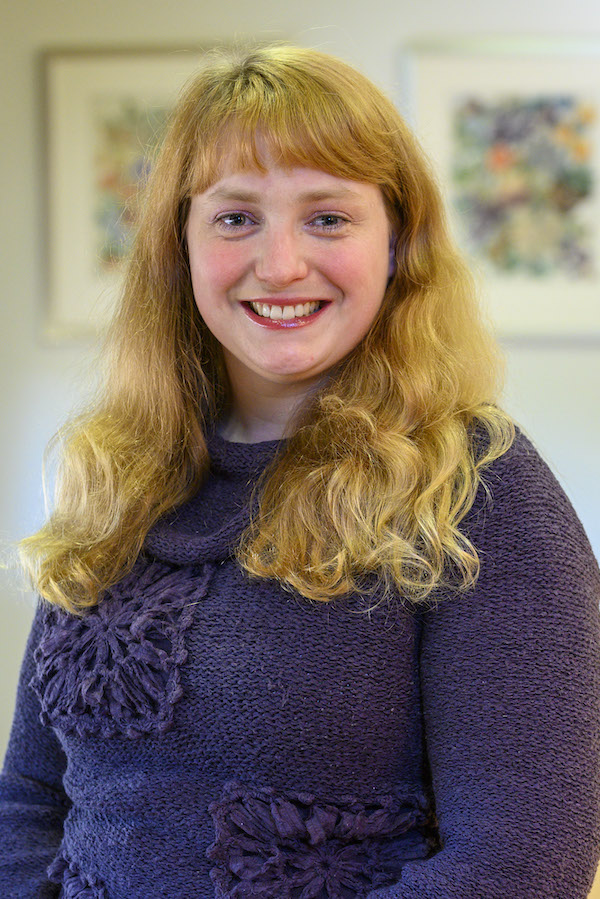 Lauren job shares with Sarah Stitt as the Corporate Services and Events Officer at the Centre and was appointed in December 2017. 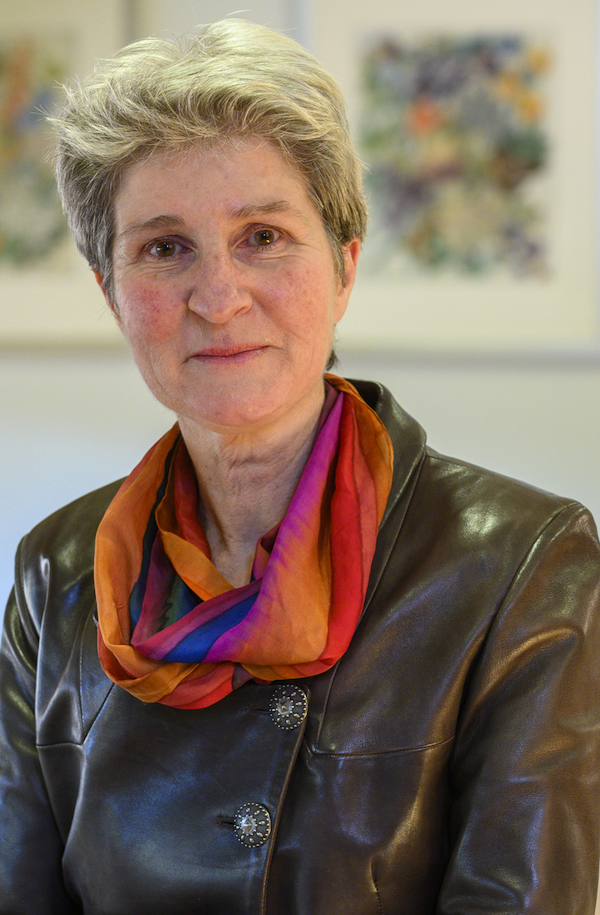 Sarah job shares with Dr Lauren Bartley as the Corporate Services and Events Officer at the Centre and was appointed in December 2017. 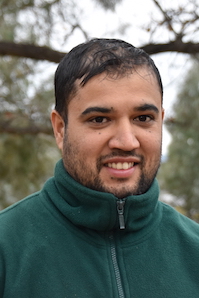 Introducing our new Bible Garden gardener, Badri Rimal, who joined us in April 2021. Badri describes himself as grass loving, tree-hugging, outdoorsy and ‘committed to the Bible Garden and creating a perfect reflection as scripted in the Bible’.  He sees the garden as a way of reading the bible texts in a different way, and the layout assisting in understanding some of the symbols in the texts. Badri has a deep love of the garden and the way people can be refreshed and connect with faith in different ways.