Bolstering Spiritual Supports for People Ageing in Communities of Faith 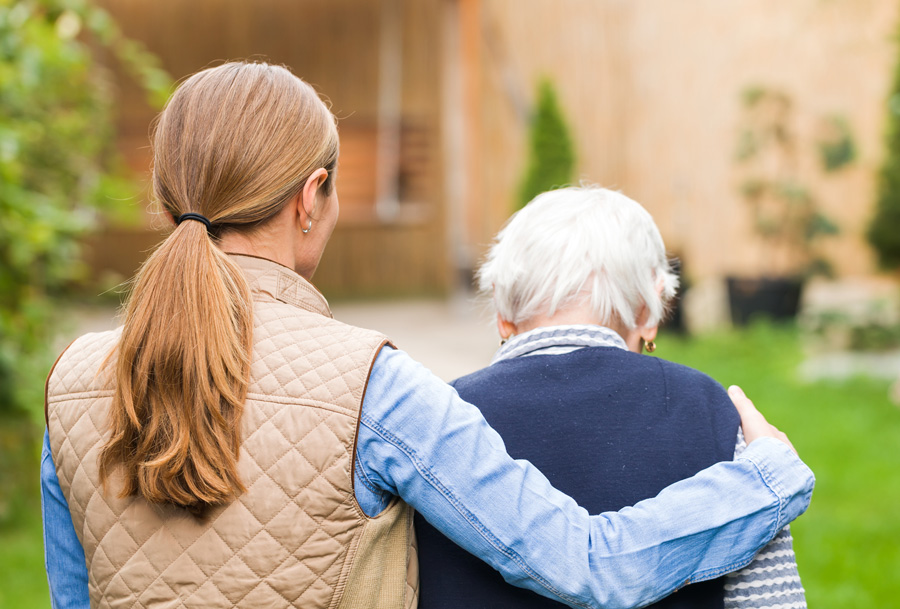 It is well established in the scientific literature that there is a positive correlation between religion and health, wellbeing and life satisfaction in later life. It is also well established that religious participation in communities of faith results in people living into older adulthood with supports, connections, and outlets for social integration.

Many assume that communities of faith are places where older adults can seek and find supports of most all kind.  Additionally, we expect that communities of faith embody a culture that bolsters the spirituality of people as they age. In working with older adults through various community partnerships and outlets in a faith-based university, I find that many of these assumptions are inaccurate.

While many of the participants that I have interviewed over the years feel supported and included in their communities of faith, a fair amount of them do not. Conversely, many adults that I work and engage with describe feeling neglected, excluded, and in many ways failed by their faith communities.  As a gerontologist and scholar interested in understanding spirituality and resilience, I find this troubling. Faith communities and those serving in them can do better. When interfacing with clergy and laypersons in diverse faith communities, I have come to understand that the lack of perceived support regarding ageing and older adults has more to do with a lack of education and awareness rather than intention. We need age-friendly as well as dementia-friendly communities of faith and spiritual spaces where people, as they age, can be celebrated, bolstered and supported. Creating gerontologically and spiritually sound communities of faith require that we as practitioners and participators in the field develop and hone our spiritual as well as gerontological competencies.

Anthropologists have been stressing the importance of cultural awareness and appreciation for many decades.  As social scientists working to understand the ways the integrated pattern of human behavior, including thoughts, communications, actions, customs, beliefs, values, and institutions of a racial, ethnic, religious, or social group, it is vital we build a process where researchers and practitioners can respond to all differences in a respectful, mindful and effective manner. Cultural competence is the integration and transformation of knowledge about individuals and groups of people into specific standards, policies, practices, and attitudes used in appropriate settings to increase the quality of interactions between people. I contend that gerontology has a great deal to learn from other disciplines actively engaging in culturally competent work.

The cultural competency perspective is useful when applied to the work of gerontology in general, but particularly when applied to the area of spirituality and ageing. It is essential that we work to not only understand the role spirituality plays in the lives of elders but also that we achieve sophisticated levels of spiritual competency in the field of gerontology.  Our society, including the ageing population, grows more pluralistic and diverse each day.  We need to integrate methods in gerontology that embrace this complexity and need to adopt a multi-faith/religion perspective and explore the richness of spirituality for all older adults.  Anderson (2004) provides five useful steps to facilitate spiritual competency; these can be quickly adopted by gerontology: 1. Maintaining self-awareness (or the ability to know and explain one's spiritual groundedness); 2. Bounding personal experiences (identify and learn about "otherness" by recognizing your own); 3. Moving across boundaries (or the setting aside of your spirituality to effectively communicate and relate to those with differing spiritual frameworks); 4. Identifying the barriers (attempting to utilize skills and language to diffuse potential barriers to spiritual communication) and 5. Demonstrating respect and willingness to learn (treating individuals with different spiritual frameworks as teachers).  It is important to note that while developing spiritual competency is a complex and continuous process, it needs to be implemented for continued growth and evolution for individuals and academic disciplines. I believe that this model would be useful for those serving older adults in communities of faith. Perhaps people would feel more supported and included in these spiritual spaces and places if this model served as a foundation of practice.

To bolster spiritual supports for people as they age in communities of faith, creating faith communities filled with well-educated leaders is essential to provide information and support to those ministering, supporting,  and/or witnessing their spiritual journeys as they move throughout life. As an academic gerontologist, educator, and advocate, I have looked for models and examples of this type of education or training program.  I am curious about the tools out there being developed and disseminated to those working to serve elders in communities of faith. In a cursory review of programs, certifications, and opportunities for training related to spiritual and ageing, I come up short with a list of viable and thriving programs. My colleagues reflect fondly about The Center on Aging, Religion, and Spirituality (CARS) which was associated with Luther Seminary (St. Paul, Minnesota) from 1994 until 2007. McFadden, Kimble, Ellor, Seeber, and Rost (2011), explained that the Center provided an ecumenical, interdisciplinary continuing education program for clergy, chaplains, lay leaders, and others interested in pastoral care and ministry with older persons and that the work at the Center illustrated the need for immanent and transcendent meaning in later life.  The article details the inception and history of CARS and concludes that while such centers are difficult to fund with the support of the university and institutional dollars, the types of programming and education needed for clergy, laypersons and those serving in communities of faith remains vitally needed and essential.

McFadden et al. (2011) reflect on the need of CARS-type models of education and programming and explains, “we believe there continues to be a need for professional development for clergy, chaplains, and others who work with older adults. Given the technological advances of the last ten years, many of these programs will probably take place online, but even so, they will be costly, both in time and resources” (p.72). In hosting the 7th International Conference on Ageing and Spirituality at Concordia University Chicago in June 2017,  the emergent and overarching theme of the meeting were striking to me: we need more programs that help people ministering to and serving older adults in faith settings.  Similar to McFadden et al., (2011), seven years later I am asking related questions: are these types of programs needed, how do we create and sustain them given the changing landscapes of religion and higher education, where we do go from here? Looking forward I do think we need to do a better job of promoting and bolstering spiritual and gerontological competency.  If you are reading this blog post and agree and wish to start a dialogue about how to resurrect the work of Dr. Melvin Kimble and CARS while creating a more global network and presence, please contact me. There remains a need to pay attention to the religiousness and spirituality of ageing.

Lydia K. Manning, PhD is one of the keynote speakers at the 8th International Conference on Ageing and Spirituality. Her topic is 'The Lived Experience of Ageing in Faith Communities: Exploring the Perceptions of Support for Older Adults'.