On Tuesday, July 23, an international Gandhi Symposium was held at the Chambers Pavilion, Australian Centre for Christianity and Culture in honour of Mohandas Karamchand Gandhi(1869-1948). This year marks his 150th birth anniversary celebrated world-wide.

The symposium was chaired by the Rt Rev Professor Stephen Pickard, the Executive Director of the ACC&C.

The central theme of the colloquium was: Gandhi’s Religio-political Truths in an age of Violent Fundamentalisms. 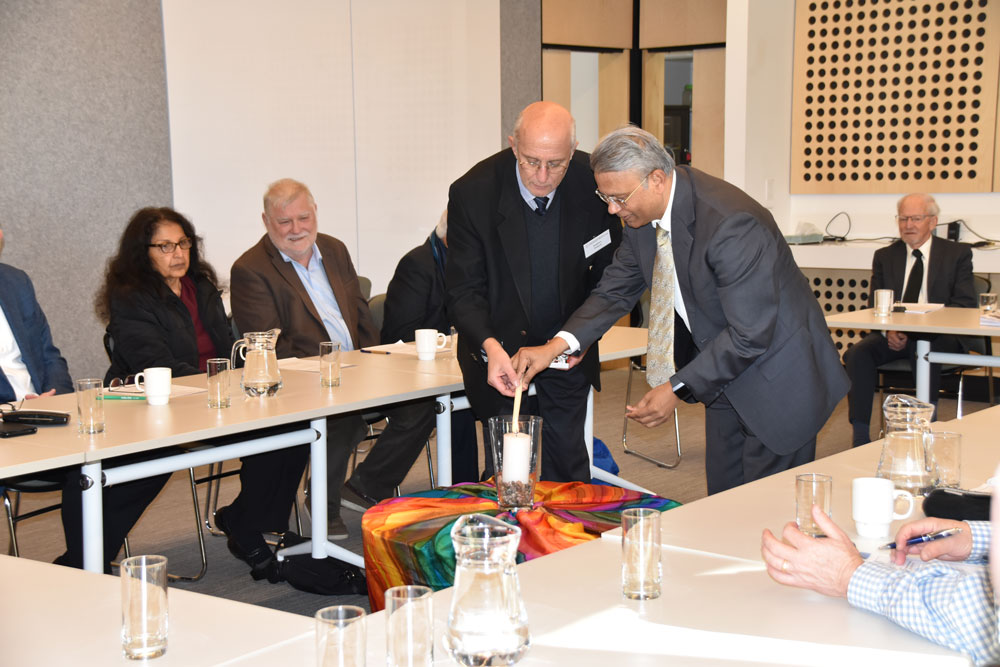 Image: ACC&C Executive Director Rt Rev'd Professor Stephen Pickard and The High Commissioner of India, Dr R A Gondone light a candle at the start of the event. 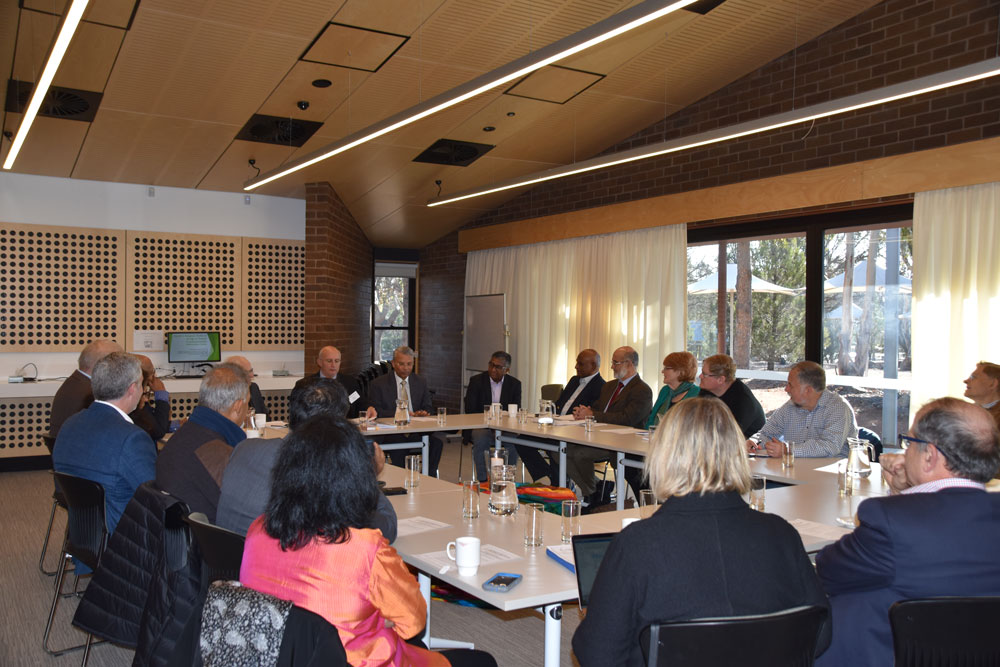 The 21st century has seen a resurgence of ‘religious violence’ in particular, accompanied by social, cultural, economic upheavals under the guise of a variety of fundamentalisms and illiberal, populist nationalisms. They have found brutal expression in the elections of ‘strong leaders’ in several democratic elections in countries which affect our lives locally and globally.

Mahatma Gandhi developed a philosophy and strategy to non-violently oppose religious and political fundamentalisms and promote and foster peace and freedom with his complex mantra of Truth is God.

Gandhi showed by his life, work, writings, how we may counter the violence against empires and individuals through the powers of ‘ahimsa’ and ‘satyagraha’ embedded in the human spirit of love and faith in God.

Several speakers found his message inspiring with a particular resonance to the current state of affairs prevalent in the world, fraught with nuclear threats and violence in the name of religion, triggered by a ‘religious frenzy’. Professor Pickard showed why Gandhi loved the the 19th century hymn Lead Kindly Light of Truth; Professor Sathianathan gave a comprehensive exposition of Gandhi’s Religious truths in an age of violent fundamentalisms, Satendra Nandan (pictured), attempted to give a meaning and definition to the varied and manifold versions of Gandhi’s truth, even as he was wrapped in political coils of the subcontinent.

Lively discussions followed after each presentation.

Satendra Nandan’s book Gandhianjali was launched at the symposium by Professor Pickard with a reading of ‘Easter 2019’ by his daughter Dr Gitanjali Nandan.

The symposium concluded with a celebratory dinner.

The Symposium was generously sponsored by the ACC&C and as Dr Gondone commented: It was wonderful that the Centre organized such a meeting of minds on the Great Soul, the first of its kind this year at an Australian institution.