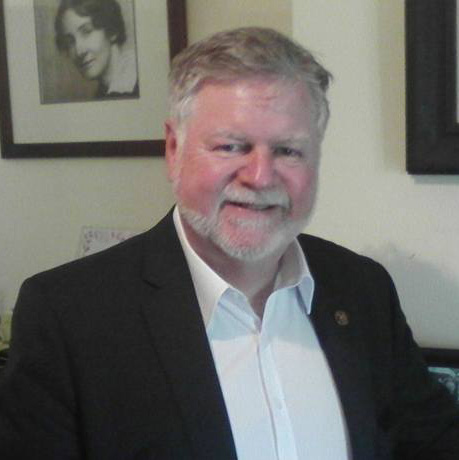 To the east, our house looks out over horse-grazed paddocks and to the ridge of the Darling Scarp that runs like a long north-south margin ruling off urban Perth from the countryside. The view changes with the seasons and the weather. We have had rain, so the grass is lush and deep green and the magpies can forage in the damp soil for their breakfasts. In March, after months of dry heat, the same paddocks are dry and sandy and yellow.

A few weeks ago, I began to post some photos from my study window or from our verandah. The subjects were the simple beauties of every day: a sunrise, painting the eastern sky with a palette of vibrant colour; a rainbow that seemed to end in a paddock right in front of our house; another that seemed to stretch from the earth all the way to the heavens. The most recent of these, I labelled “Another Bullsbrook absolutely ordinary rainbow”, consciously referencing Les Murray’s wonderful poem “An Absolutely Ordinary Rainbow”.

Murray’s poem published half a century ago, is a profound juxtaposition of daily lives, busily led in the heart of Sydney, with a solitary weeping man. There is no explanation for his weeping. He just does so, as the word of his weeping goes swirling around the town from the bohemians drinking coffee at Repins to the bookmakers at City Tattersalls to the Stock Exchange chalkies. Slowly things stop as people leave their occupations and come to see: the forces of law and order are suspended; and a kind of silence falls upon a crowd that surrounds but does not approach him. Only the children (and dogs and pigeons) come close. Nevertheless, his weeping is slowly shared by many in the crowd, wordless and expressing only great and nameless sorrow. Then he ceases, walks through the crowd and “evading believers, he hurries off down Pitt Street”.

This poem is, clearly, about a different kind of ordinary, just as the rainbows in my photographs point to a different kind of ordinary. In our dictionaries, there are two kinds of “ordinary”. The first is the obvious – it refers to those routine things that happen daily, are unexceptional and unexceptionable. There is another kind of ordinary – and this is the kind that Murray means. It comes from the Latin word “ordo” and refers to the act of ordering, that is, placing in order. It is from this that we also derive the word “ordain” both in the religious sense of setting apart, and the more secular sense of pronouncing a command.

When we come then to the liturgical season that is called ordinary time – that long stretch of months between Pentecost and Advent – what is the meaning of “ordinary” in that context? It seems, at first glance that, because no great and saving acts are recalled commemorated, it just means regular time – days, weeks and months without peculiar or particular significance.

That is not, however, why it is called “ordinary time”. It has that name because of the way that it is measured between Pentecost and Advent – by ordinal numbers. Each Sunday is ordered progressively (from the First Sunday after Pentecost to the Thirty-Fourth or Thirty-Fifth), and as a count-up to Advent, rather than a count-down. This is an important signal to us. A count-down tells us that time is running out rather than running on, rather like the number of shopping days until Christmas, so that the closer one approaches Christmas, the more urgent looms the need to cater for the house and get those oh-so-necessary gifts.

By contrast, our liturgical calendar does not count-down. That would be to subordinate the future to the present. Rather, it counts on, every week being measured by its distance from Pentecost. There is a message for us all in this measuring of liturgical time. Part of this message is encoded in a simple piece of orthography: when referring to the liturgical year, the word “calendar” is spelled in the old Roman way as “kalendar”. This is not for reasons of Roman nostalgia or editorial inertia – the church “kalendar” is different from the secular calendar.

Christian time is different – ordinary or otherwise – from secular time. Festivals like Christmas and Easter might intersect, but otherwise the count is different, the markers are different and even years end and beginning are different. Because Christian time is ordered differently, we need to think differently about time – not just in the way that we measure and record it, but also and more especially in the ways that we imagine it and therefore use it.

These two parallel calendars assert quite different ideas of the “ordinary”. In the secular world, ordinary is humdrum and regular. It is not disturbed by random (“extraordinary”) or peculiar (“out of the ordinary”) events, but each day unfolds as expected and planned. For the Christian, time is suffused with the divine. As St Augustine reminds us in City of God 11.4 time itself is the creation of God. The framing of Ordinary Time in the kalendar has its own significance. Every year, the Christian kalendar retells the sacred story between Incarnation (Christmas) and Renewal (Advent). Ordinary time is the history we are living: the time between the Great Commission, the Descent of the Spirit and the Second Coming of Christ. It is the time in which we are commanded to heed the Great Commission in which Jesus entrusts us with the tasks of being his witnesses and making disciples.

If we are compelled to anything in Ordinary Time, it is to these tasks. These are our ordinary work in the sense of the work that it is set for us to do – our ordained tasks. But to think of them as a series of jobs or distinct activities, like our occupations or hobbies, is to misunderstand what Jesus asks of us. These are not tasks of doing, but of being and becoming. Jesus does not ask us to make converts or build a church. He asks us to be witnesses, and to make disciples. We are enjoined to be, like Les Murray’s weeping man, signs and pointers to the Kingdom of God.

This is never easy, and our times have made it harder. These are not ordinary days. They are days of pandemic: an autumn and winter plague that has followed a summer of terrible fires and devastating floods. Businesses have collapsed; livelihoods have been lost; lives too. Any hope that we might offer is compromised with a history of the horrific sexual abuse of children by some priests and other adults in positions of authority. There is no living this down or settling it with money as if it were a case of negligence. We have to bear it, and instead be witnesses who are so affected by what we have witnessed that it burns and glows within us.

We do not need to seek the pulpits of relevance here. Our own sins have denied us the capacity to speak credibly on matters of social interest or controversy. The importance of our role in our community, and the thing that gives our work the character of genuine witness is the work that we do with the poorest and most marginalised. When Julian the Apostate was seeking to roll back the social dominance that the Christian church had achieved by the middle of the fourth century, he recognised that his most effective means of doing so was by providing alternatives to the social institutions that Christian communities had built up to care for the sick, and for widows and orphans. That is where the Christian churches built their communal credibility in antiquity: through acts of radical compassion.

In the same way institutional churches today are strengthened by the organisations that we have created to minister to the needs of others. We conduct ministries to the homeless, to the elderly, to the sick. We seek to assist the socially marginalised: the poor, the unemployed, aboriginal people, refugees, victims of domestic violence. We educate the young in our schools; and support those in stress, pain or uncertainty through the chaplains and counsellors we provide.

When I was a young Christian, the priest in my church had a saying: “one in the eye is worth two in the ear”. It is not so much what we say that commends us, but what we do. That doing is not without public implication. Pastoral work leads us, necessarily, into the political and social. We cannot simply provide a sticking plaster to social wounds without wanting to mend what caused them. We cannot minister to refugees without desiring to alter the policy settings that have made them outcasts. We cannot minister to women who have been beaten and raped by their husbands and partners without wanting to address the deep social and cultural drivers of domestic violence. We cannot work with aboriginal women and men without wishing to address the profound and historical inequities, and policy ignorance, that have kept so many aboriginal people from living with the dignity to which we are all entitled.

This is big work, and it is the ordinary work of every Christian. It is labour of hope and love. It is the labour of citizenship in God’s kingdom.  It is the labour of service to others. Every now and then, God gives us a prompt of eternity in the fuel of ordinary wonder: rainbows, sunrises, a burst of wildflowers by the side of a busy road, a chorus of birdsong, the gift of a smile from a loving friend. These are prayers of a kind: what the Anglican poet George Herbert called “heaven in the ordinary” for such external things sustain our inner lives, reminding us that no day is ordinary in the sense of being plain and regular and unadorned. God orders every day, in every place, with its own coat of many colours, unique as a snowflake, and regular as the seasons. This divine gift, bursting with the joy of being, affirms all that is divine in us, in the world, and in those around us. If we receive it, it inspires us to the strength, boldness, candour, humility and, above all, love that we need to be the signs and witnesses we are called to be, and make the disciples whom God brings us to serve.

Dr Bill Leadbetter is an adjunct scholar of the Australian Centre for Christianity & Culture, Cathedral Scholar at St Georges Cathedral in Perth and an Adjunct Associate Professor in History at Notre Dame, Sydney.