Explorations Series: Anything is possible - celebrating the past, present and future! 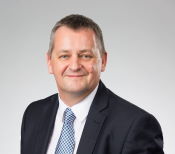 Anything is possible: celebrating the past, present and future!, presented by Mr Greg Ewing, will look to the history of Australian engineering starting with the first people and first engineers of this land.

Join Mr Ewing as he reflects on the major milestones in Engineers Australia’s history, considers current infrastructure investment and opportunities, and looks to the future challenge of engineering a sustainable world aligned to the 17 United Nations Sustainable Development Goals.

Before moving to Australia in 2013, Greg was employed by the Institution of Engineering and Technology (The IET) as Regional Development Manager for Scotland, Northern Ireland and Cumbria. The role was as wide, varied and interesting as engineering itself. Most of Greg’s professional career was with the Scottish Government.

Refreshments will be served following the event.