In a world of fear and misinformation, Charles Sturt University brings together an expert panel to break down the issues for First Nations People.

As well as being vulnerable to the effects of Covid 19, First Nations people are dealing with the impact on mental health. As a whole, First Nations people already experience high rates of depression, anxiety and youth suicide. This public forum will bring together health experts and draw on the expertise of Charles Sturt University to answer your questions about mental health. We will provide practical advice and explore ways that Indigenous health services can treat and can protect our people. Mental health is part of our total well being and cannot be separated from a history of invasion colonisation and racism. The representation of First Nations people by media often exacerbates the issue. What responsibilities do we all have to achieve better outcomes for the nation’s most vulnerable populations? Bring your questions and together we will find answers.

Please join Professor Stan Grant Jr and expert panel members in a one hour public forum where we will answer your questions about COVID and the mental health impacts to Australia’s First Nations People. Professor Stan Grant is the Vice Chancellor's Chair of Australian/Indigenous Belonging at Charles Sturt University. He is also the Global Affairs and Indigenous Affairs Analyst for the ABC.

He is one of Australia's most respected and awarded journalists, with more than 30 years’ experience in radio and television news and current affairs. Stan has a strong reputation for independence and integrity and has interviewed international political and business leaders, including our own prime ministers and senior ministers.

Prior to taking up his latest role Stan served for a decade at a Senior International Correspondent for CNN in Asia and the Middle East, broadcasting to an audience of millions around the world.

Stan is an award winning and best selling author of several books and has contributed articles to many major Australian newspapers, magazines and journals. Professor Juanita Sherwood is a proud First Nations woman with Wiradjuri, Murri, Maori and Anglo-Celtic lineages. Her mother’s grandfather was born in Wagga Wagga and her family is connected to Country from Jerilderie through to Yass.

Prof Sherwood is Pro Vice-Chancellor First Nations Engagement at Charles Sturt University. She has been a nurse, teacher, lecturer, and researcher for over 35 years. Her work has changed health and education outcomes for Aboriginal and Torres Strait Islander children across the nation. This includes increasing the uptake of Indigenous-centred research and decolonisation methods in Australia, and recognising colonisation as the primary determinant of Indigenous health, as well as being a strong proponent of cultural safety.

Prof Sherwood is a CATSINaM Founding Member, member of the Elders Advisory Council, Board Director and Muliyan Founding member. Fiona Cornforth is a Wuthathi (Shelburne Bay) descendant with family roots in the Torres Straits.

Fiona has an extensive background working with Aboriginal and Torres Strait Islander peoples and communities. Fiona is a Masters Graduate of ANU’s College of Business and Economics, and an Associate Fellow of the Higher Education Academy of the UK. Holding past senior roles in community and government organisations, she utilised her global experience in education, leadership and business development to raise awareness around the impacts of intergenerational trauma. 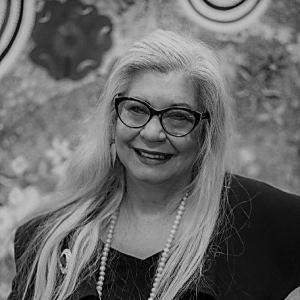 Pat Dudgeon is from the Bardi people in Western Australia. She is a psychologist and professor at the Poche Centre for Aboriginal Health and the School of Indigenous Studies at UWA. Her area of research includes Indigenous social and emotional wellbeing and suicide prevention.

She is the director of the Centre of Best Practice in Aboriginal and Torres Strait Islander Suicide Prevention at UWA. She is also the lead chief investigator of a national research project, Transforming Indigenous Mental Health and Wellbeing that aims to develop approaches to Indigenous mental health services that promote cultural values and strengths as well as empowering users. She has many publications in Indigenous mental health, in particular, the Working Together Aboriginal and Torres Strait Islander Mental Health and Wellbeing Principals and Practice 2014. Associate Professor Faye McMillan is one of two Deputy National Rural Health Commissioners, playing a key role in the Federal Government’s agenda to increase access to rural health services and address rural workforce shortages. She joined the UNSW School of Population Health this year as A/Prof in Aboriginal and Torres Strait Islander Health and has had an extensive career in allied health in regional and rural NSW. She is a Wiradjuri yinaa (woman) originally from Trangie, NSW. She joins the School from Charles Sturt University, where she was Director of the Djirruwang Program - Bachelor of Health Science (Mental Health).

Associate Professor Faye McMillan has received numerous accolades for her leadership and contribution to population health, education, equity and the community.  In 2021 Associate Professor McMillan was appointed as a Member (AM) of the Order of Australia in the Queen’s Birthday 2021 Honours List. Professor McMillan’s appointment recognises her significant service to Indigenous mental health, and to tertiary education and in 2019 was named the NSW Aboriginal Woman of the year. She holds a Doctor of Health Science, Master of Indigenous Health Bachelor of Pharmacy, Graduate Certificate Wiradjuri Language, Culture and Heritage, Graduate Certificate Indigenous Governance, and Graduate Certificate in Education.

She is also the first registered Aboriginal pharmacist, a founding member of Indigenous Allied Health Australia and holds a variety of board positions with various companies and associations. 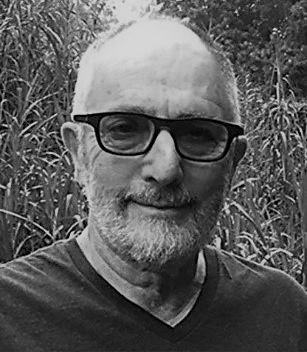 Dr. Neil Phillips is a consultant psychiatrist who works in rural and remote community mental health. He is also an active communicator about mental health, mental illness and relationship issues through regular contributions to the popular Sydney ABC Radio 702 Drive show.