An evening with Clive Hamilton

Register for a ticket

Humans have become so powerful that we have disrupted the functioning of the Earth, bringing on a new geological epoch: the Anthropocene. The stable environmental conditions that allowed civilisation to flourish are disappearing. What does it mean to have arrived at this point, where human history and Earth history collide? Clive Hamilton argues we need to rethink everything.

Clive Hamilton is an Australian author and public intellectual. Since 2008 he has been Professor of Public Ethics at Charles Sturt University in Canberra.

To start the evening, Clive will evoke a fascinating conversation about the fate of our planet followed by a panel discussion tackling the overwhelming question of our era: our species’ willingness to watch on passively and calmly as the once human friendly Earth is gradually but inexorably destroyed.

There will be opportunity for Q&A followed by canapes and drinks.

The event will be livestreamed for those who aren't able to attend.

Edward Maher holds the role of Manager, Sustainability at Charles Sturt University. Edward is responsible for leading the University’s progress towards best practice in organisational sustainability. Areas of focus include governance, curriculum, research, operational efficiencies, and stakeholder engagement. Formal qualifications held by Edward include Bachelor of Environmental Science (Hons), Graduate Certificate in University Management and Certificates in Small Business Management and Carbon Management. Edward is a career sustainability practitioner with previous roles at Sydney Water Corporation and Snowy Hydro. His passion in this area extends to volunteer and community work which has led to recognition at state and local levels. Professional and community memberships include Australasian Campuses Towards Sustainability (Director), Murrumbidgee Landcare (Committee Member) and Wagga Wagga Urban Landcare (President). Edward has served as a member of working groups within the Tertiary Education Facilities Management Association and as a professional mentor with the Environment Institute of Australia and New Zealand. Sue has had an extensive history spanning 20 years in Indigenous Higher Education across a number of roles such as student support, teaching and research. She also has sat on various committees, councils, boards and networks including the Indigenous Higher Education Advisory Council and National Indigenous Research and Knowledges Network. Sue’s research interest includes Welfare History, Indigenising Social Work education and practice, Cultural Responsiveness and Cultural Support, Colonial History and Decolonisation. Sue has also worked and continues to be involved in community development and is particularly focused on community empowerment and resilience. Sue’s foremost interest is ensuring that Wiradjuri Language and Culture underpins her all aspects of her personal and professional life. 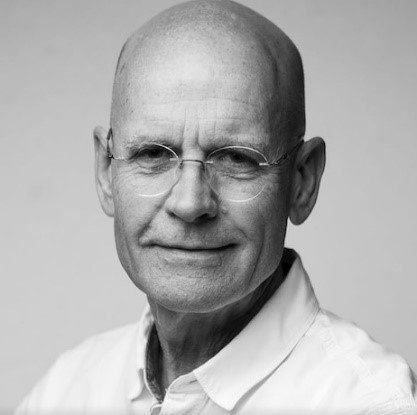 Clive Hamilton is an Australian author and public intellectual. Since 2008 he has been Professor of Public Ethics at Charles Sturt University in Canberra. For 14 years, until February 2008, he was the Executive Director of The Australia Institute, a progressive think tank he founded. He holds an arts degree from the Australian National University and an economics degree from the University of Sydney. He completed a doctorate in the economics of development at the Institute of Development Studies at the University of Sussex. Clive has held visiting academic positions at Yale University, the University of Oxford, University College London and Sciences Po in Paris. He has published on a wide range of subjects but is best known for his books, a number of which have been best-sellers. His 2017 book, Defiant Earth: The fate of humans in the Anthropocene, examined the philosophical implications of the Anthropocene. 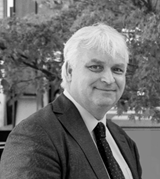 Professor Mark Evans (FIPPA, PhD) took up the position of Deputy Vice-Chancellor (Research) at Charles Sturt University on 4 January 2022. Mark is a member of the Independent Evaluation Group of the World Bank and EU and UN expert networks and a member of the editorial board of the Global Academy. He was awarded an honorary fellowship of the Institute of Public Administration Australia in 2021. He holds honorary professorships with the universities of Gadjah Mahda, Renmin, York and Hull. Mark has a longstanding track record both in studying and designing new forms of democratic governance. He is the author, co-author or editor of 24 books in his field and was editor of the international journal Policy Studies from 2004 to 2021.

Register for a ticket